Do you carry the burden of dealing with multiple states on your tax return?

For most of us, filing a state tax return is just another step in filing a federal return. Your tax-filing software just transfers your information to your state’s return and you’re done within minutes.

Basically there are three different types of state tax returns that you need to worry about:

END_OF_DOCUMENT_TOKEN_TO_BE_REPLACED

Need to file state taxes when you live and work in different states?

Most people in the U.S. live and work in the same state, which makes state taxes pretty easy to understand – you pay taxes to the state where you live and work.

But what if you live in one state and work in another? Do you pay taxes to the state where you live? Where you earn an income? Both?!

Generally you need to file a resident return in the state where you are a permanent resident. This state has the right to tax ALL of your income, wherever it was earned. END_OF_DOCUMENT_TOKEN_TO_BE_REPLACED

Identity theft is real, and it is REALLY affecting when we get our state refunds.

Remember being in elementary school, when your teacher would tell the class that if one more student misbehaved, then the entire class would be forced to sit inside for recess that day? There was always that one kid who would ruin it for everyone.

That is similar to what’s going on with identity theft affecting state refunds this year. State revenue departments decided that there were too many cases of fraudulent activity and that they needed to do something. This means that refunds are being delayed a bit in order to double check certain taxpayer information.

Let’s take a look at the states that took a little extra precaution this 2016 tax season.

These guys put provisions into play from the very beginning of the season. If you filed your state return in January or February, then you wouldn’t have seen your refund until at least mid-March. On top of that, if you filed your return after March 1st, 2016, then your refund was sent approximately three weeks from the date it was accepted.

Taxpayers could be waiting for their state tax refund anywhere from four to sixteen weeks after being accepted. Good thing that Maui ranks as the #1 vacation spot in the U.S.! You won’t need to travel too far to relax and forget about the lack of refund money you’re waiting on.

Identity theft in the Great Potato State has increased by nearly 64% since 2014! Extra safety measures means taxpayers will be waiting about seven weeks for their state refund from the time it is accepted. The ID Department of Revenue recommends responding ASAP to any letters you receive from the Tax Commission to speed up the processing time. END_OF_DOCUMENT_TOKEN_TO_BE_REPLACED 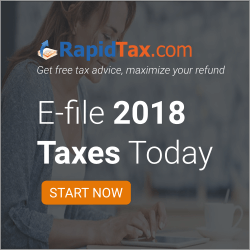